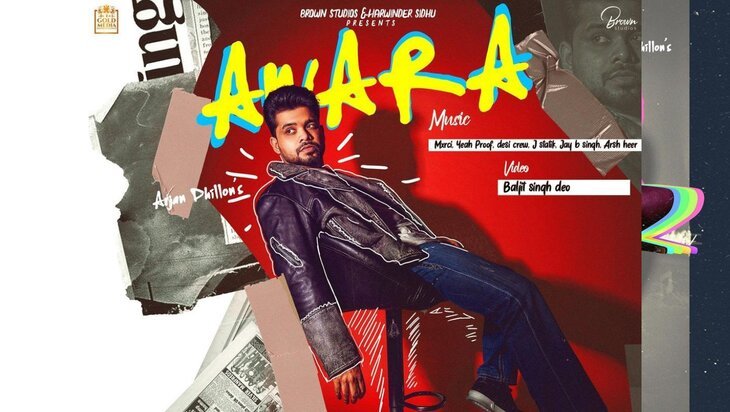 Awara is an upcoming studio album by Punjabi singer Arjan Dhillon. The album is produced by Harwinder Sidhu and labeled under Brown Studios. The album music is given by Arsh Heer, Mxrci, Yeah Proof, Desi Crew, J Statik, Jay B, and songs are written by Arjan Dhillon. The Awara album contains 13 tracks, and its release date is November 25, 2021.

Punjabi Music Industry is talking about Arjan Dhillon’s album ‘Awara’. As always, great things are being expected from Arjan Dhillon this time. Arjan is one of the smartest lyricists in the Punjabi industry and his pen has played an important role in his rise to fame. Arjan is one of the few artists who have always lifted up his standards. We have always heard super hit tracks from the artist and a disappointing song from him seems to be an impossible event now. Arjan Dhillon is once again set to blast on 25 November 2021 and the reveal of the tracklist has made us much more excited.

A post shared by A W A R A (@arjandhillonofficial)