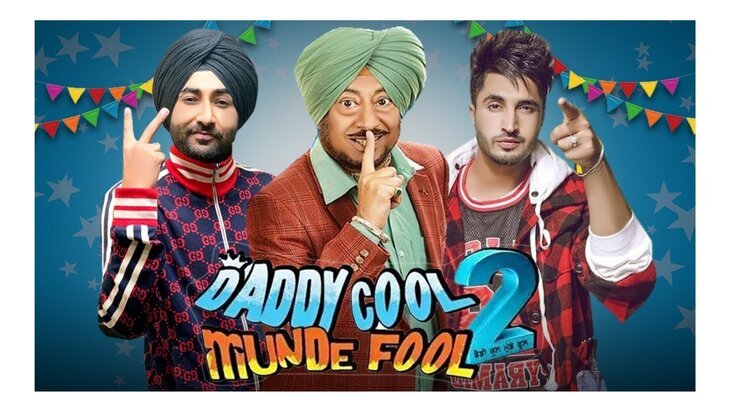 Daddy Cool Munde Fool 2 is a 2021 Indian Punjabi-language comedy-drama film directed by Simerjit Singh. Staring Jassie Gill, Ranjit Bawa, Aarushi Sharma, and Tania as a lead role. The movie is produced by Speed Records and Collective Media Ventures. The movie was scheduled to be released in 2021.

It is a mad comedy-drama, a sequel to the 2013 released ‘Daddy Cool Munde Fool’. The prequel had Amrinder Gill and Harish Verma in the lead and now it’s Jassie Gill and Ranjit Bawa fill in the shoes of the main characters along with Tania, and Aarushi Sharma. Jassie Gill and Ranjit Bawa’s third Punjabi movie together post ‘High-End Yaariyaan’ and ‘Mr & Mrs 420 Returns’. Their on-screen comic timing has been lauded by all, and perhaps that is why the makers of ‘Daddy Cool Munde Fool 2’ believed that these two fit the hill.

Daddy Cool Munde Fool 2 was supposed to hit the big screens in 2020, but owing to the pandemic, it got postponed. However, now an update on the release of the movie has been shared and this Pollywood sequel will be making it to the big screens on Dec 2021.