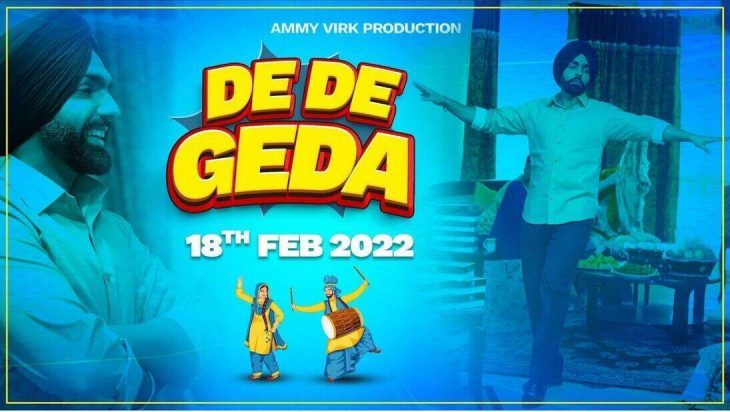 De De Geda is an upcoming Punjabi language Comedy-Romance movie directed by Jagdeep Sidhu. Starring Ammy Virk and Wamiqa Gabbi as lead characters. The movie is written by Randeep Chahal. The movie is produced by Ammy Virk under the banner of Ammy Virk Productions. The De De Geda movie is scheduled to be released on 18 February 2022.

Now Ammy Virk has again made the public astounded by disclosing the poster of his next coming film, De De Geda. Ammy took to his official Instagram handle to share the news and mentioned that the film, movie is scheduled to release on 18th February 2022.