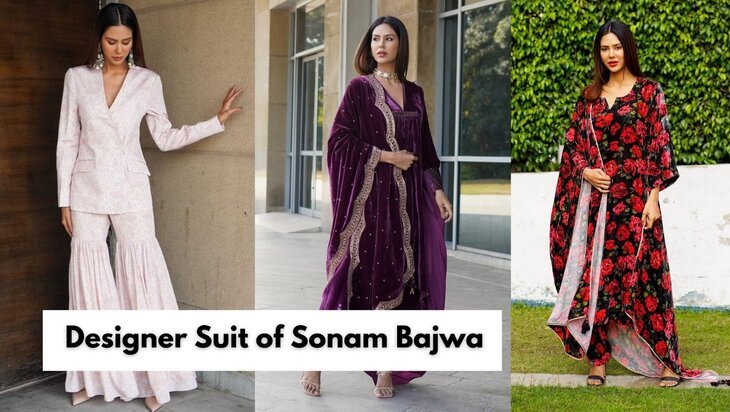 Sonam Bajwa is an Indian model and actress who appears in Punjabi films and alongside few Hindi films. Bajwa started her acting career in 2013 with the Punjabi film Best Of Luck and played the leading female role in the 2014 film Punjab 1984. Along with her Designer suits in movies and music videos, brings the picture to a whole new level. We bring down the full list of Designer Suit of Sonam Bajwa.