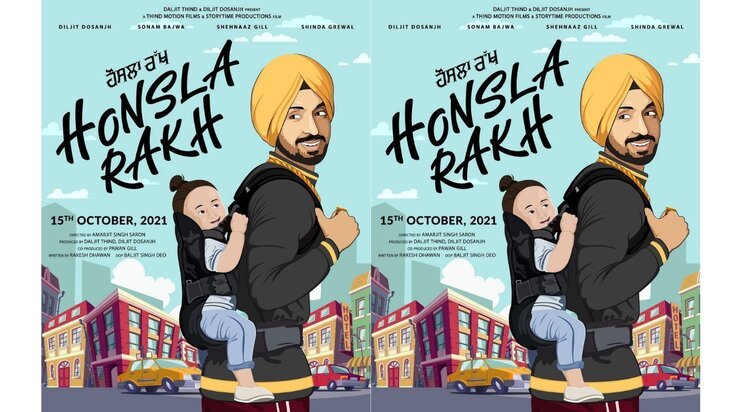 Honsla Rakh is a 2021 Indian Punjabi-language comedy film directed by Amarjit Singh Saron. Staring Diljit Dosanjh, Sonam Bajwa, Shehnaaz Gill and Shinda Grewal as a lead role. The movie is produced by Thind Motion Films and Storytime Productions. The movie is scheduled to be released on 15 October 2021.

What happens when a lovable, rooted, desi, Punjabi young man, who’s a single father with a seven-year-old boy attempts to find love again, finds a mom for his son, crosses paths with his ex who comes back into the city after a seven-year gap? Honsla Rakh, starring Diljit Dosanjh, Sonam Bajwa, Shehnaaz Gill, and Shinda Grewal is a romantic comedy set in Vancouver, Canada that has warmth at its center and deals with the emotional bonds between father and child, and love between men and women in modern times.