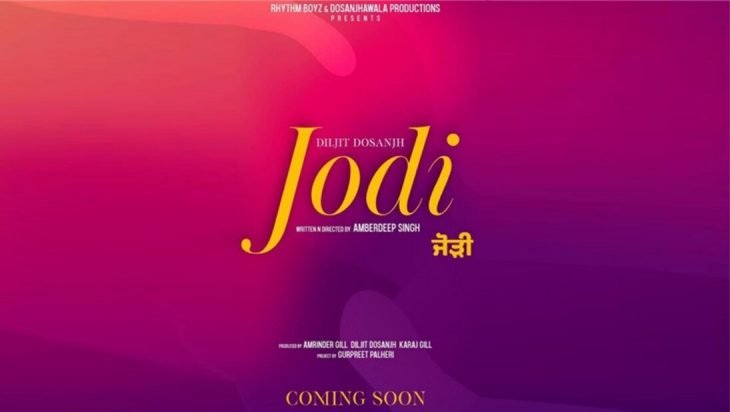 Amberdeep Singh started working on Jodi in 2011, and was announced by him in December 2018. Singh and Gurpreet Singh Palheri developed the film and joined Rhythm Boyz Entertainment to produce. Karaj Gill in an interview disclosed that the film was discussed every time before their another films. On 30 January 2019, Diljit Dosanjh was confirmed as a lead actor. Dosanjh started working on music of the film in August 2019. Also, he disclosed that Amrinder Gill is a producer, but he would not be seen on the screen for this film.