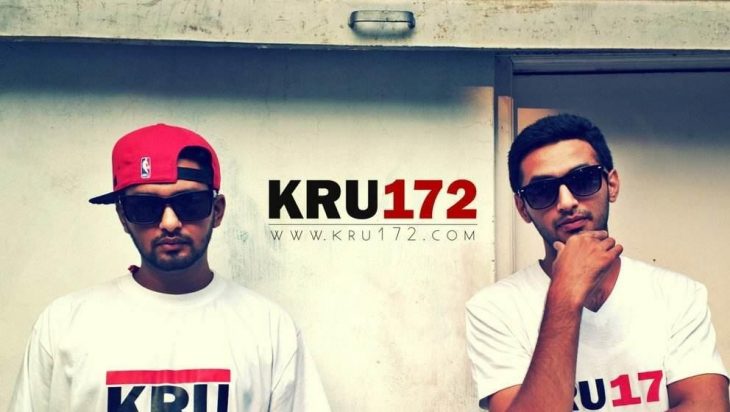 Kru172 is a Rap/Hip Hop Duo from Chandigarh, India, comprising brothers Navdeep Singh aka “Nav” who is B-Tech in Computer Science, and Harsimran Jit Singh aka “Lucky” who has a Master’s Degree in Psychology.

Kru172 is one of the most impactful north Indian Rap groups in the underground Hip-Hop scene. One of the earliest Rap crews from Chandigarh, they have been innovative and trend-setting ever since they took the mic. Delivering hit singles one after the other, they surely know how to rock the crowd.

The meaning of Kru172 as Kru meaning a Crew / Band, and 172 meaning 1 for Unity, 7 -across seas, and for the MCs, that’s the Duo. They officially started making music in 2007, releasing tracks “Dil Di Rani” by Nav, and “L.U.C.K.Y.” by Lucky, both getting a great response from the audience. They started out with making more commercial sounding music, rapping to reggaeton beats, while adding Punjabi folk and bhangra elements to it.

They called their sound “Desi Reggaeton”. Their single, a remix to the DMX song “Get it on The Floor”, which was a collaboration with 2Shadez, a Rap Duo from Gurgaon, became another party anthem for the youngsters. Named Get it on the floor [Desi Remix] and produced by hit music producers Muzical Doctorz, the track got a large amount of airplay, including on U.S. Based Hip-Hop radio station Nas Jotha FM.