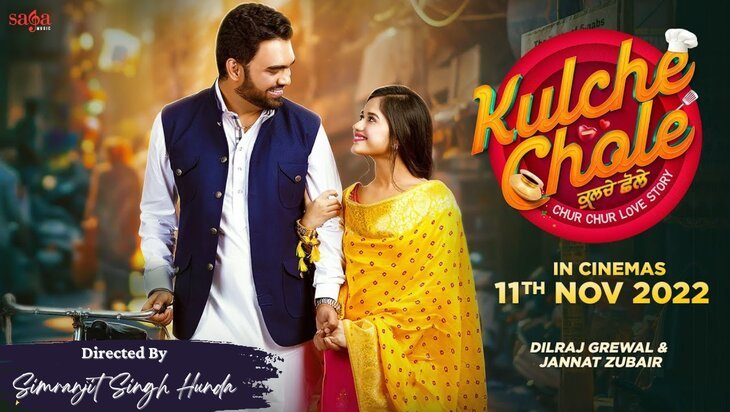 Kulche Chole is an upcoming Punjabi language Comedy-Romance movie directed by Simranjit Singh Hunda. It stars Dilraj Grewal and Jannat Zubair as lead characters. The movie is written by Simranjit Singh Hunda, and the music is given by The Boss, Jus Keys, Hiten, Jatinder Jeetu & Mr. Wow. The movie is produced by Saga Studios. The Kulche Chole movie will be released on 11 November 2022.

The story revolves around unemployed engineer Jaggi opens a small business on the advice of his friend but winds up in trouble when he falls for the daughter of a millionaire and tells her that he owns a chain of restaurants.