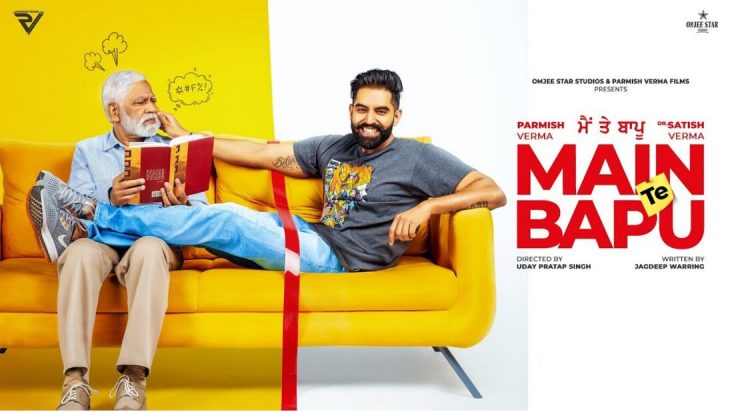 Main Te Bapu is an upcoming Punjabi language Comedy-Drama movie directed by Uday Pratap Singh. Starring Parmish Verma, and Rose K Kaur as lead characters. The movie is written by Jagdeep Warring and the music is given by Gurmoh, Mix Singh, Homeboy, and Nik D Gill. The movie is produced under the banner of Parmish Verma Flims and Omjee Star Studios. The Main Te Bapu Punjab movie is scheduled to be released on 22 April 2022.

Laali’s life revolves around his widowed father and girlfriend Mahi. To get married Laali needs to move to Canada. Having to choose between them he hatches the idea of getting his father married and things start to get interesting.