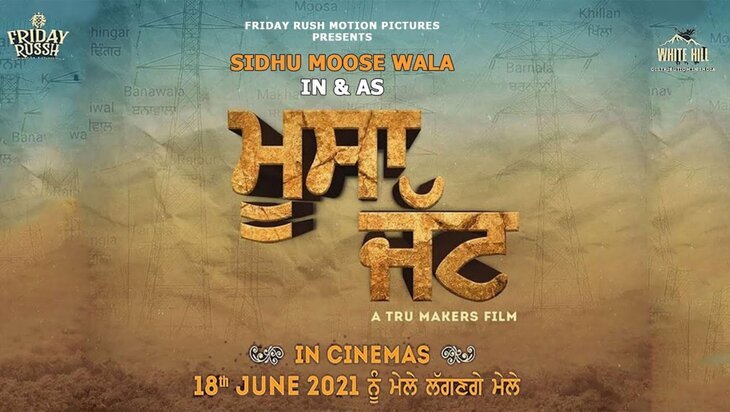 Moosa Jatt is a 2021 Indian Punjabi-language Drama film directed by Khushpal Singh and Dilsher Singh. Staring Sidhu Moose Wala and Sweetaj Brar as a lead roles. The movie is produced by Friday Russh Motion Pictures. The movie is scheduled to be released on 01 October 2021.

Punjabi singer Sidhu Moosewala is one of the artists whose acting debut is highly awaited. Now though his debut movie ‘Yes I Am Student’ is yet to be released, the singer has taken to his social media handle to announce another cinematic project. Sidhu Moosewala will be seen in and as Moosa Jatt written by Gurminder Dimpy, the movie will be directed by Dilsher Singh and Khushpal Singh.