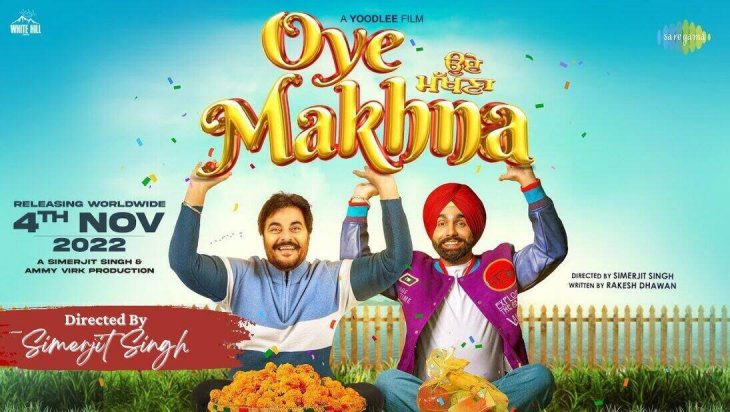 Oye Makhna is an upcoming Punjabi language Comedy-Romance movie directed by Simerjit Singh. It Starring Ammy Virk, Guggu Gill, and Tania as lead characters. The movie is written by Rakesh Dhawan, and the music is given by Avvy Sra, Gaurav Dev, & Karthik Dev. The movie is produced by Saregama Punjab Production. The Oye Makhna movie will be released on 04 November 2022.

The movie’s story revolves around Makhan character who falls in love with a girl after he’s seen just her eyes, he and his uncle go to hilarious lengths to fix him up with her. Utter chaos follows when they find out that they’ve actually fixed up his wedding with the wrong girl. As the pressure to clear out the confusion mounts, the very integrity of their family is threatened. Will Makhan find a way to be with the girl of his dreams?