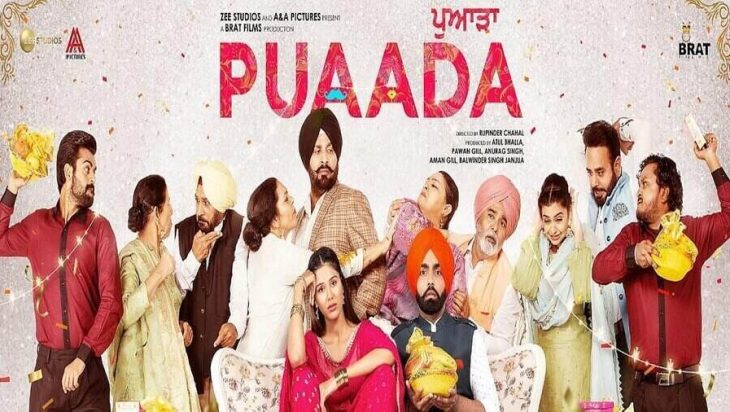 Puaada is a 2021 Indian Punjabi-language, romantic drama film directed by Rupinder Chahal. Staring Ammy Virk and Sonam Bajwa as lead role. The movie is produced by Zee Studios, A&A Pictures, and Brat Flims Production. The movie is scheduled to be released on 12 August 2021.

Puaada, which means ‘panga’, will be the first Punjabi film to release in cinemas since coronavirus-induced nationwide lockdown. The movie was previously set for release in the summer of 2020. The romantic comedy follows the story of Jaggi, a loveable, desi, Punjabi village boy, who runs a successful dairy farm and is in a relationship with Raunak, an Air Force officer’s daughter, and how her father disapproves of their relationship and this ensues to a comedy of errors.