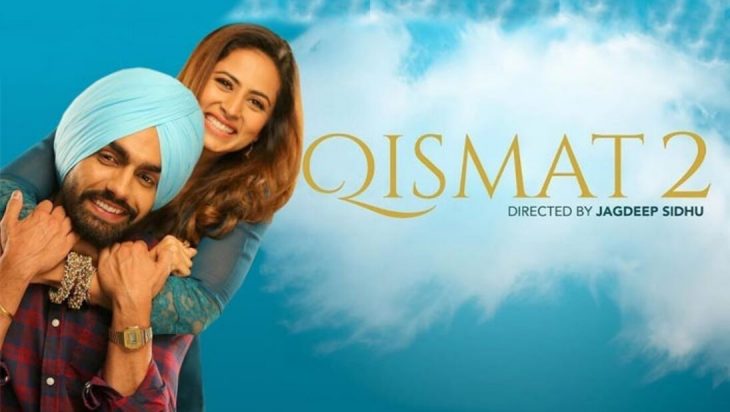 Qismat 2 is a 2021 Indian Punjabi-language, romantic – drama film directed by Jagdeep Sidhu. Starring Ammy Virk and Sargun Mehta as a lead role. The movie is produced by Ankit Vijan and Navdeep Narula. The movie is scheduled to be released on 24 September 2021.

The film was conceived after the success of Qismat. In an interview director, Jagdeep Sidhu told that the film team was working on bringing another film as good as the last one. This team including Ammy Virk, Sargun Mehta, Jagdeep Sidhu, Jaani and B Praak is planning a sequel. Mehta shared a post on Instagram that Qismat 2 is on the way. In May 2019, Sidhu confirmed the sequel with the same crew. In July 2019, Virk also confirmed the film on his official social media handles. On 11 September 2019, Sidhu released the title poster of Qismat 2 with the release date as 18 September 2020. The script was ready by the first week of July 2020. Due to the COVID-19 pandemic, the shooting of the sequel was delayed