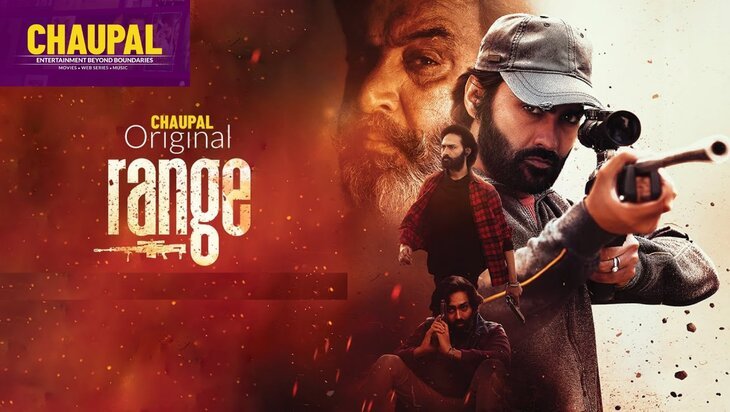 Range is a Punjabi-language Thriller-Crime web series directed by Taj. Staring Navi Bhangu, Aman Sutdhar, and Dilavar Sidhu as lead characters. The story is written by Taj. The web series is produced by Chaupal Studios and Speed Records. The web series is scheduled to be released on 01 September 2021 on the Chaupal OTT platform.

Range web series is the story of a Gold Medalist Shooter ‘Jaskaran Singh’ (Navi Bhangu), who belongs to a financially backward family. His father owns 1.5 acres of land, which is turning out to be an obstacle in the MLA’s deal to buy a patch of land. The MLA chooses to capture the land by murdering Jaskaran’s father with the help of the village’s Sarpanch. Later, the Gold Medalist Jaskaran turns into a murderer and unleashes the cruel beast inside of him, He turns into a gangster, on a venture to avenge his father’s death but on the path of the black life, he discovers he is not able to handle all of this.