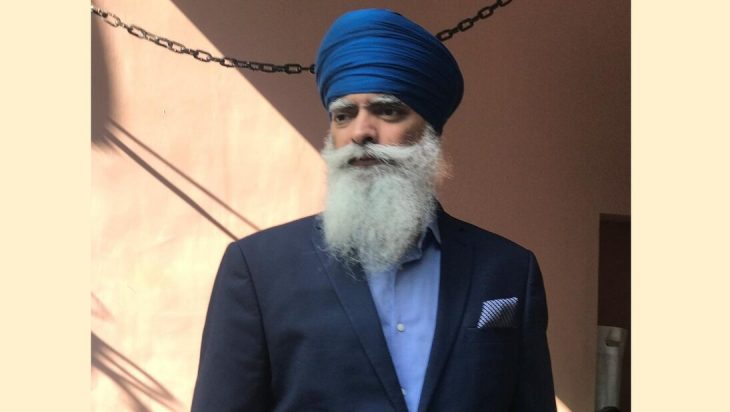 Ravi Singh is a British-Sikh humanitarian, and founder and CEO of the international non-profit aid and relief organization Khalsa Aid. He was born in a Sikh family on 16 September 1969 and his birthplace is Village Mundian Jattan, Hoshiarpur, Punjab. He did his graduation from Slough and Eton Church of England Business and Enterprise College.

Ravi Singh posted his Father photo on Instagram and said….

”My father passed away holding my hand on the outskirts of my village ( Mundian Jattan, Panjab) I was left alone with him in the field as my future brother in law ran to get help. I kept looking at him collapsed on the ground still holding my hand. I was just over 11 years old. I remember going numb….. there was a strange silence. The few mins standing next to my father seemed like an eternity.
Then I remember my mother in deep pain as she saw my father in death.
My father worked very hard ( in Singapore & UK, a POW too ) for us but sadly as I was the youngest I didn’t know him as well as my siblings. I wish I had a few more years with him.”

Ravi shot to fame in the UK in 2014 when he mobilized his charity to help the people of Somerset after heavy rain and high winds caused huge amounts of damage to property and land.

Later that year the people of Somerset nominated him to appear on the national hit TV show Surprise Surprise as a way of saying thank you for his support and also received his family car customized.

In 2015 Ravi helped the people of Nepal after an earthquake killed nearly 9,000 people and injured nearly 25,000. He encouraged his newly made friends from Somerset to help.

Ravi Singh also stepped in to provide relief to flood victims in multiple Indian states impacted in the 2015 Indian floods.

In 2016 Ravi’s team assisted motorists stranded in the Dover traffic chaos by delivering 6000 water bottles. Some travelers spent up to 15 hours at a standstill on the M20. Ravi was praised widely on social media.

More than 400,000 Indian farmers and their supporters have occupied the streets of New Delhi for days in protest against three new agriculture reform laws, blocking major highways into the capital city and vowing to remain camped there until the laws are repealed.

The BBC made a film about Ravi in 2016 titled The Selfless Sikh which documented his journey to northern Iraq, where he provides aid to Yazidi families who have fled their homes to escape the brutality of Islamic State.