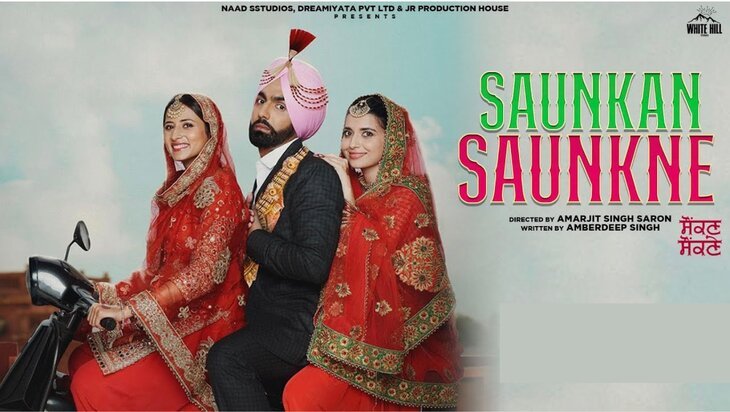 Saunkan Saunkne is an upcoming Punjabi language Romantic Comedy movie directed by Amarjit Singh Saron. Starring Ammy Virk, Sargun Mehta, and Nimrat Khaira, as lead characters. The movie is written by Amberdeep Singh and the music is given by Desi Crew. The movie is produced by Dreamiyata, Naad studios, and JR Production House. The Saunkan Saunkne movie release date is 13 May 2022.

Nirmal and Naseeb are happily married couples. They have everything but not a child. After eight years of marriage, they still miss something. At the suggestion of her mother-in-law, Naseeb persuades Nirmal to have a second marriage with her younger sister Kirna. Now the real drama begins as sharing her husband proves to be a difficult task for Naseeb. Kirna dominates and wins the heart of her husband and mother-in-law and that changes everything for Naseeb. Small squabbles between the two wives lead to a comic situation and the fun begins.