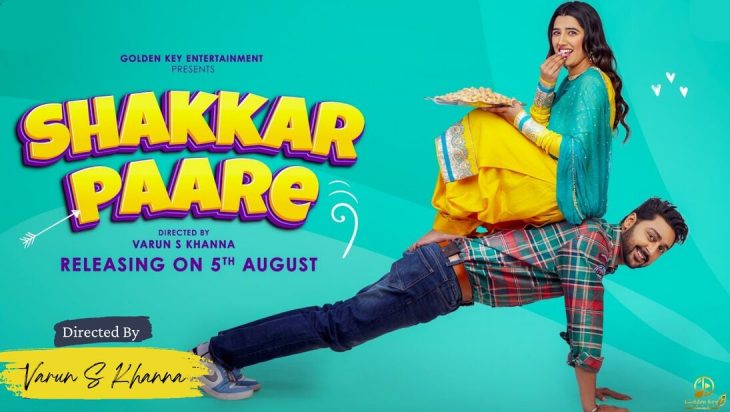 Shakkar Paare is an upcoming Punjabi language Comedy-Romance movie directed by Varun S Khanna. Starring Eklavya Padam, Love Gill, and Honey Mattu as lead characters. The movie is written by Vivek Mishra and the music is given by Tasho Music & Muzic Romeo. The movie is produced by Golden Key Entertainment. The Shakkar Paar movie will be released on 05 August 2022.

The story of the movie revolves around the duo Ekam (Eklavya) & Baani (Love Gill). Ekam is a financially broken young man who visits Baba Mitha Das seeking the suggestion to get rich. Baba tells him that his financial growth is stalled & can be cured with love only. On the same day, Ekam accidentally met with Baani & even though their first interaction went on the wrong foot, Ekam tries to impress Baani throughout the whole movie. Apart from their love angle, the movie also has some family & political drama.

Who are the actors in ‘Shakkar Paare’?

What is the release date of ‘Shakkar Paare‘?

The release date of the Shakkar Paare movie is 05 August 2022.

Who is the director of ‘Shakkar Paare‘?