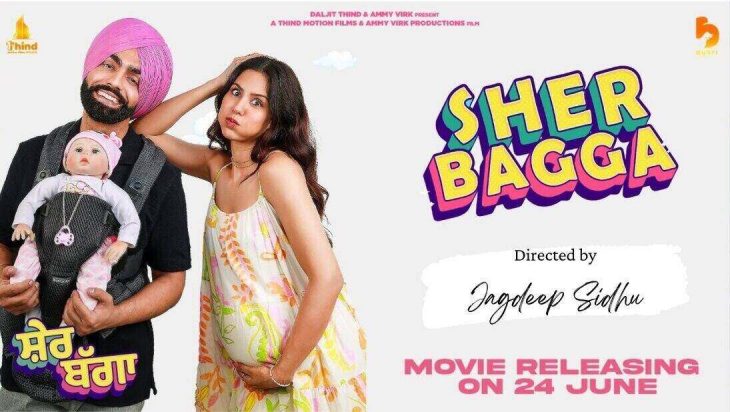 Sher Bagga is an upcoming Punjabi language Comedy movie directed by Jagdeep Sidhu. Starring Ammy Virk and Sonam Bajwa as lead characters. The movie is written by Jagdeep Sidhu and the music is given by Avvy Sra, Jaymeet, Sunny Vik, and Oye Kunaal. The movie is produced by the Thind Motion Films and Ammy Virk Productions. The Sher Bagga movie will be released on 24 June 2022.