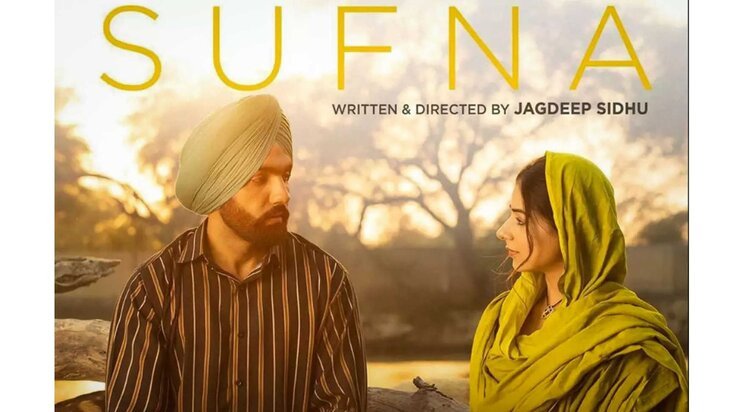 Sufna is a 2020 Indian Punjabi-language, romantic-drama film directed by Jagdeep Sidhu. Starring Ammy Virk and Tania as a lead role. The movie is produced by Navneet Virk and Gurpreet Singh. The movie Sufna scheduled to be released on 14 February 2020.

Teg (Tania) lives with her father’s older brother and Taayi. Her mother was a Muslim and she passed away. Her father was part of the army and they say that he is lost. Teg believes that her father is still alive and he will come home. Jeet (Ammy Virk) is a carefree boy. His father committed suicide because he couldn’t pay off his debt. He falls in love with Teg when she comes to pick cotton in their village. Teg encourages Jeet to study, so he can become something in life and pay off his father’s debts.