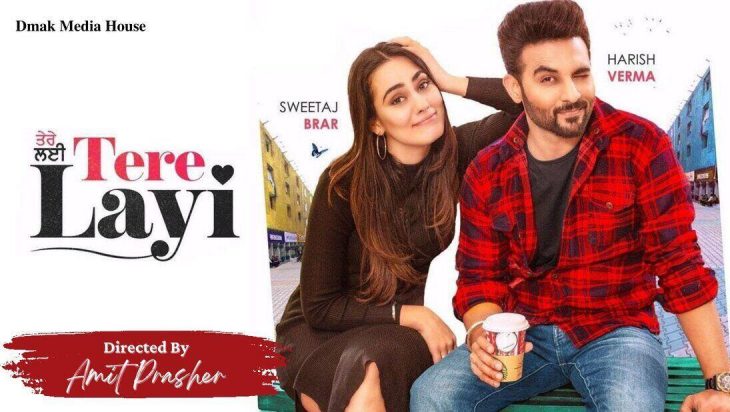 Tere Layi is an upcoming Punjabi language Romantic Drama movie directed by Amit Prasher. It Starring Harish Verma, Sweetaj Brar, and Amrit Amby as lead characters. The movie is written by Krishana Daput and the music is given by Goldboy, Jay K, Ar Deep, and Yeah Proof. The movie is produced by Dmak Media House Presents In Association With Kharour Films, Fruitchaat Entertainment & Rahul Sharma Productions. The Tere Layi movie will be released on 09 December 2022.

The movie is about Amrik falling head over heels in love with Santog and trying his level best to impress her. The two start looking at the world with rose-tinted glasses, but the glasses break when Amrik tries to take their relationship to the next level. Santog doesn’t want to get married at all, breaking Amrik’s heart.