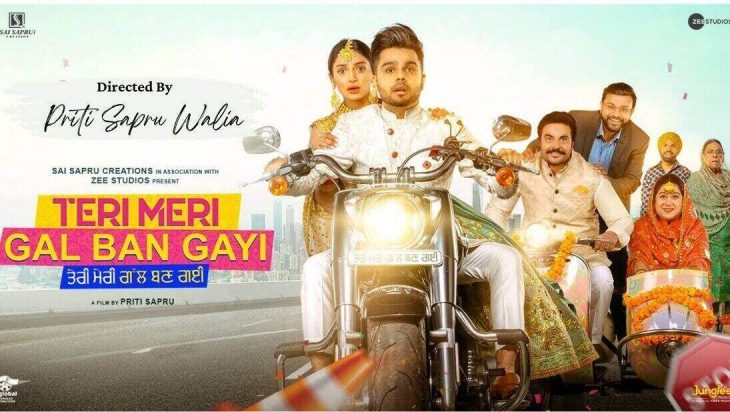 Teri Meri Gal Ban Gayi is an upcoming Punjabi language Comedy Drama movie directed by Priti Sapru. Starring Akhil, and Rubina Bajwa as lead characters. The movie is written by Priti Sapru Walia and the music is given by Jatinder Shah. The movie is produced by Sai Sapru Creations in association with Zee Studio. The Teri Meri Gal Ban Gayi movie will be released on 09 September 2022.

The movie story is about Gunjor Kaur, a college student, who is in love with Navjyot, the son of a businessman from Amritsar, Balwant Singh. Will Guri and Navjot succeed in their plan to convince their families?