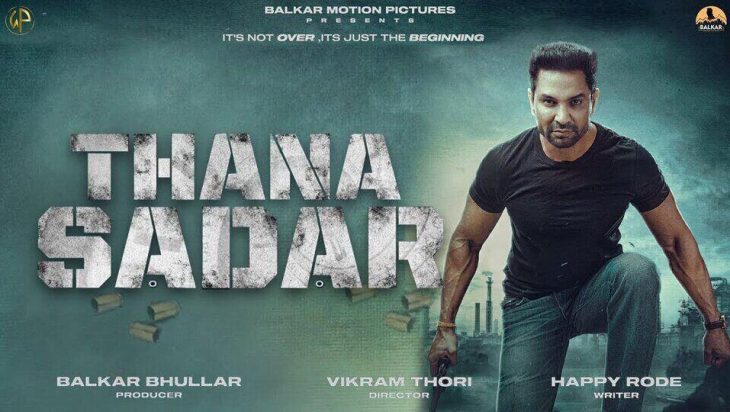 Thana Sadar is a 2021 Indian Punjabi-language Action Drama film directed by Vikram Thori. Starring Kartar Cheema and Baljinder Kaur as a lead role. The Thana Sadar movie is produced by Balkar Bhullar under Balkar Motion Pictures. The movie is scheduled to be released on 17 September 2021.

Thana Sadar is the story of present-day police in Punjab villages, which is politicized and depicts the youth as Idle, depraved, and having a rebellious attitude towards the police. The basic premise of the story is that man hides from the world by committing a crime, but nature is always a witness to a crime. The protagonist, a fearless police officer, testifies at an interesting turning point during a twelve-year-old investigation. Thanks to political leaders, an international criminal is aware of the police officer’s testimony and other happenings at the police department. The hero’s novel handling of the villain is an interesting aspect of this action-packed thriller film, with suspense and drama.