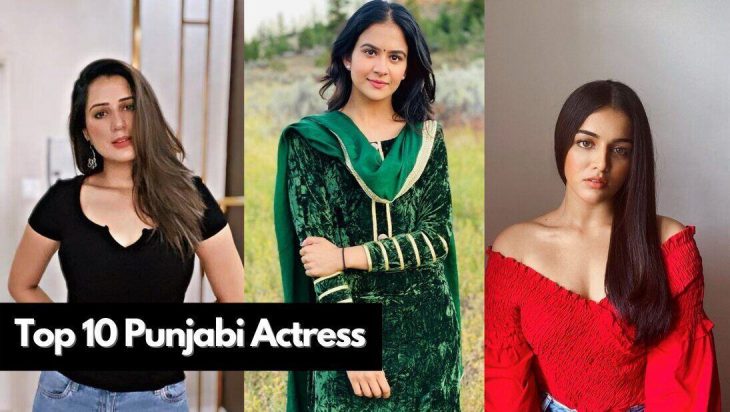 Roopi Gill is a Canadian actress and model. She rose to fame with her performance in the music video for the song “Diamond” by Gurnam Bhullar. She started her acting career with Ashke (2018), for which she received a PTC Punjabi Film Awards nomination for Best Supporting Actress. In 2019, she appeared in ”Laiye Je Yaarian”, for which she received PTC Critics Award for Best Actress.

Isha Rikhi is an Indian actress and model from Chandigarh. She made her screen debut with the Punjabi film ”Jatt Boys Putt Jattan De” (2013) with Sippy Gill. Later she was part of ”Happy Go Lucky” with Punjabi actor Amrinder Gill and appeared in ”Mere Yaar Kaminey” and What the Jatt. In 2016, she played the role of a lively young girl in the movie ”Ardaas” starring Gippy Grewal and Ammy Virk.

Surveen Chawla is an Indian film actress and dancer. She started her career with television soap operas in the earlier days and ended up appearing in films. In October 2014, Chawla appeared in the hit Punjabi song ”Mitran De Boot” along with Jazzy B. She then went on to make her Punjabi film debut with the 2011 film Dharti alongside Jimmy Sheirgill and also won Best Debut Female awards at PTC Punjabi Film Awards.

Wamiqa Gabbi is an Indian film actress, who works in Punjabi, Hindi, Tamil, and Telugu films. She made her screen debut in the Hindi film Jab We Met in 2007. She is a trained Kathak dancer. She got her big break with the Punjabi film with Yo Yo Honey Singh and Amrinder Gill, Tu Mera 22 Mai Tera 22. After that, she went on to star in two other Punjabi films Ishq Brandy and Ishq Haazir Hai.

Mandy Takhar is a Punjabi British actress, who appears in Punjabi language films. She was born and raised in the city of Wolverhampton in the UK but traces her roots to Maliana, a small village near Phagwara in Punjab. Mandy landed the role opposite renowned Punjabi singer Babbu Maan in the 2010 film, ‘Ekam Son of Soil’ and later in the film Mirza The Untold Story.

Simi Chahal is an Indian film actress from Ambala who works in Punjabi films. Chahal first stepped into the entertainment industry in 2014 when she appeared in some Punjabi music videos. After being discovered by talent scouts, she then went on to make her Punjabi film debut with the 2016 film Bambukat alongside Ammy Virk.

Sargun Mehta is an Indian actress, model, and television host. She has received three PTC Punjabi Film Awards and two Filmfare Awards Punjabi for her work in Punjabi Cinema. Mehta began acting in theatre productions in her college and later ventured into television roles, having made her screen debut in 2009 with Zee TV, Colors TV drama series. In July 2015, Mehta made her Punjabi film debut with ‘Angrej’ alongside Amrinder Gill and Aditi Sharma.

Sonam Bajwa is an Indian-Punjabi actress and model who appears in Punjabi language films. She participated in the Femina Miss India contest in 2012. Bajwa started her acting career in 2013 with the Punjabi film Best Of Luck. She played the leading female role in the 2014 film Punjab 1984. She won the PTC Punjabi Film Awards for Best Actress in 2020 for Ardab Mutiyaran.

Neeru Bajwa is a Canadian Actress, Director, and Producer associated with Punjabi Cinema. She started her career in 1998 with Dev Anand’s Bollywood film ‘Main Solah Baras Ki’ and then moved on to working in the Punjabi industry. Her first Punjabi movie was ”Asa Nu Maan Watna Da” with co-star Harbhajan Mann. She paired up opposite Diljit Dosanjh again in the film Jatt and Juliet 2 which broke all the previous opening day collection records for Punjabi cinema.