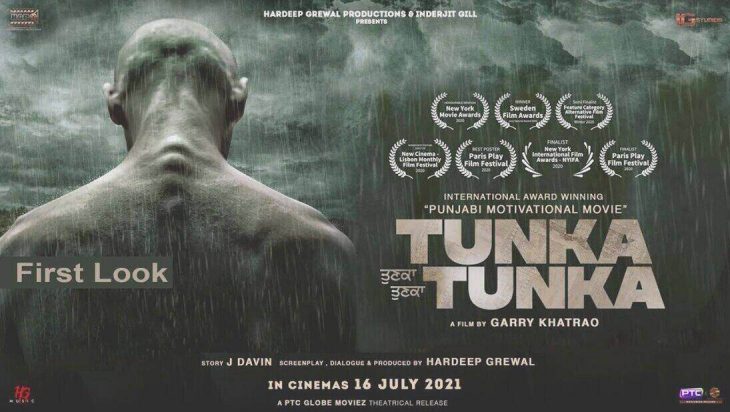 Tunka Tunka is a 2021 Indian Punjabi-language Drama film directed by Garry Khatrao. Staring Hardeep Grewal and Hashneen Chauhan as a lead role. The movie is produced by IG Studios. The movie was scheduled to be released on 05 August 2021.

The movie story revolves around a boy (Fateh Singh) who aspires to beat the world in a race with his 24-inch ‘Desi’ cycle. Later he starts his journey and soon his passion brings him laurels. He grabs the title of a nationwide biking champion. But, as it says no battle comes easy. Fateh encounters a series of hindrances in his journey to success. However, his life takes a halt when he discovers he’s been infected with cancer. Watch the movie to find how (once) a champion deals with a life-threatening disease.

Hardeep is debuting in the Punjabi film industry with a film titled ”Tunka Tunka”. It’s time to see some of his acting skills after his music career. Hardeep Grewal shares the first look poster of the film to the social media handle and has surprised the audience with a different kind of concept in the Punjabi movie industry. We can see the transformation of Hardeep’s character to a rib bone with a skinny avatar. The movie has won 7 international awards in the year 2020