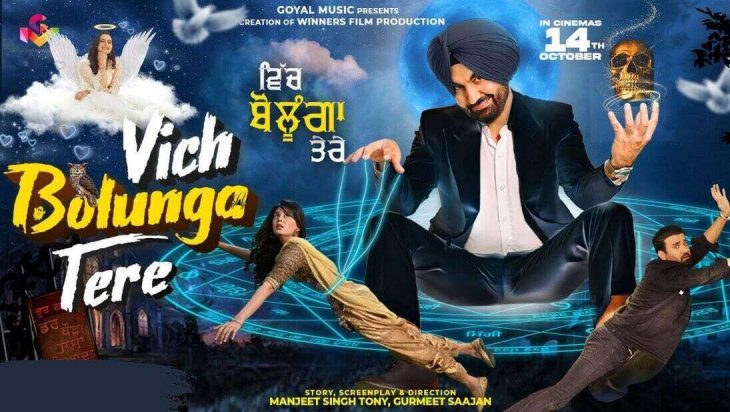 Vich Bolunga Tere is an upcoming Punjabi language Horror, Drama movie directed by Manjeet Singh Tony, and Gurmeet Saajan. It Starring Ravinder Grewal, and Molina Sodhi as lead characters. The movie is written by Manjeet Singh Tony, & Gurmeet Saajan, and the music is given by Sukhbir Randhawa, Dj Duster, & Andrey. The movie is produced by Winners Film Production and Goyal Music. The Vich Bolunga Tere movie will be released on 14 October 2022.

The movie story is about Saab (Ravinder Grewal) a.k.a a ghost who loves Sift (Milina Sodhi) very much and does not want to let her get married to any person. After that, lots of tension arises in the sift family and Saab families. After this, the uncle of Sift proposes the marriage of Sift to Jass, the son of Saab’s uncle. It makes Saab’s ghost very angry and he troubles the whole family a lot. Did Sift and Jass get married? The film is bringing answers to many such questions in a very exciting and comical way.