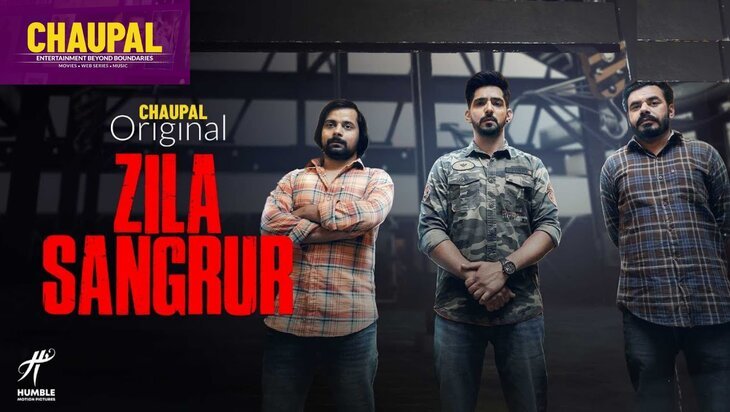 Zilla Sangrur is a 2021 Punjabi-language action crime web series directed by Maneesh Bhatt. Staring Prince Kanwaljit Singh, Babbal Rai, Aarushi Sharma, and Raghveer Boli as lead characters. The story is written by Gippy Grewal and music is given by Singh. The web series is produced by Humble Motion Pictures and Chaupal Studios. Zilla Sangrur web series is scheduled to be released on 22 October 2021 on the Chaupal OTT platform.

The Zilla Sangrur web series story revolves around Three friends Pargat, Goldy, and Jeeta which have moved to Chandigarh and lookout for ways to make easy money. They get involved in illegal activities. Their lives take a gripping turn when they kill the accomplice of Balbir, a well-connected man who is now after them, to take revenge.