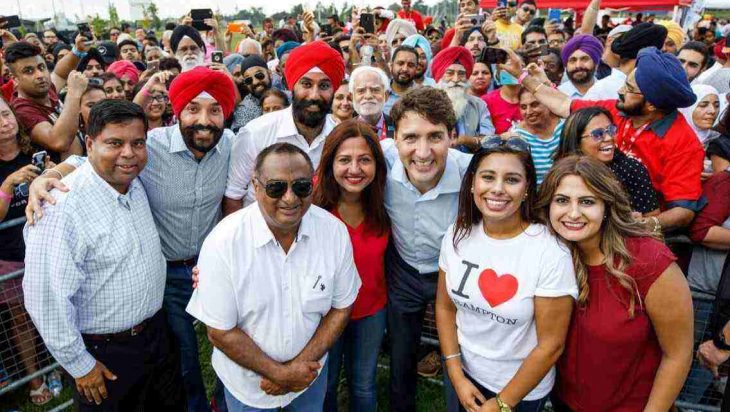 Punjabi Canadians number roughly 700,000 people and account for nearly 2% of Canada’s population. Their heritage originates wholly or partly in Punjab. The largest Punjabi communities in Canada are in British Columbia, concentrated in Vancouver, and Ontario, particularly in Toronto.

In 1897, the first persons of Punjabi origin visited British Columbia. They were soldiers transiting from India to the United Kingdom during the Diamond Jubilee of Queen Victoria. The Punjabis ultimately became the first South Asian-origin group to settle in Canada.

In the 20th century

In 1900, the population of Punjabis in Canada increased to 100. By 1906, this number increased to 1,500. The vast majority were Sikhs from Hoshiarpur, Jalandhar, Amritsar, Ferozpur, and Ludhiana.

Punjabis were later faced with one of the most iconic racial exclusion acts in Canadian history. In 1914, The Komagata Maru, a steamliner carrying 376 passengers from Punjab docked in Vancouver. Of them, 24 were admitted to Canada, but the other 352 passengers were not allowed to disembark in Canada, and the ship was forced to return to India. The passengers comprised 340 Sikhs, 24 Muslims, and 12 Hindus.

In the 21st century

By the 1985s, the traditional Punjabi immigration patterns began to shift. Ontario soon became an important center of immigration to Canada. Large Punjabi populations began to appear across the Greater Toronto Area. Later in the 1990s, Alberta became another important immigration destination for Punjabis. Most concentrated in Edmonton and Calgary. In addition, Punjabi is the third most spoken language of the Parliament of Canada.