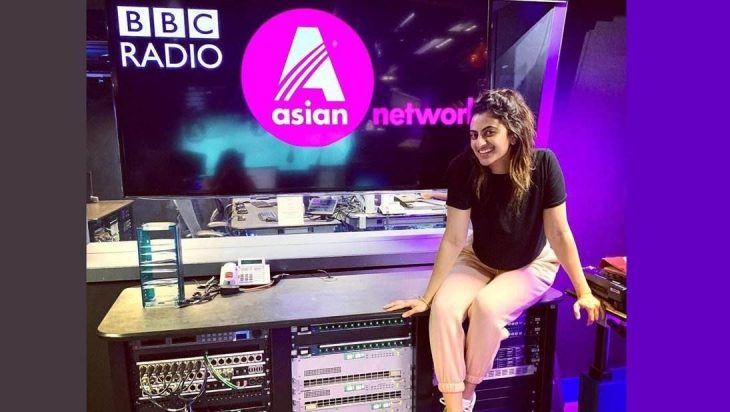 Harpz Kaur is a Punjabi Radio Jockey and TV Presenter at BBC Asian Network Breakfast Show and Saturday Mash-Up! on CBBC. She was born in a Sikh family on 22 January 1990 and his birthplace is Huddersfield, United Kingdom. Harpz Kaur’s real name is Harpreet Kaur and her height is about 5′ 7”. She completed her post-graduation from Leeds Trinity University, England in Broadcast Journalism.