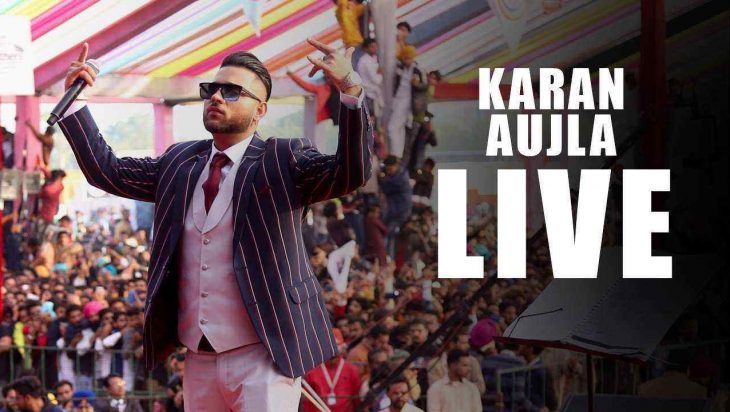 ”Don’Worry” Family Event staring Karan Aujla and Deep Jandu was held at Kedron-Wavell Services auditorium, Australia. The event started at 7:00 in the evening. The auditorium was almost full of hundred of people but a violent clash erupted during the concert.

During the event, a fight broke out between two groups of spectators. The video that has surfaced on social media, security personnel can be seen struggling to contain the violent spectators, some of whom were eventually hurled out of the hall. Upon arrival, officers have advised the event had been shut down by management. No arrests or formal complaints were made.

Baba Farid Group of Institutions organized annual ”VIBGYOR” Event which biggest in Bathinda Region. It mainly sponsored by the Baba Farid Group and some other music labels like Speed Records, PTC, etc. Punjabi Singers Penny, The Landers, Jass Bajwa, Bani Sandhu, Khan Bhani were live at Biggest Event of the Year VIBGYOR 2K20. Many Punjabi Singer performs in this event but Karan Aujla sets the highest crowd record in the Bathinda region with 100,000+ people.

Karan Aujla live Show held at Kabaddi Cup – Major League Kabaddi Federation at Phullanwal Ludhiana received a huge crowd of about 150,000+ people. This event was organized by the Gurdev Singh Bhatia and Gurpreet Singh Uppal of the Kabaddi Federation. Punjabi singers like Sippy Gill, Ninja, Afsana Khan, Garry Sandhu, Jazzy B, Singga jointed the show, but the eye-candy of the show was Karan Aujla.